The flies are probably one of the insects most widespread on the face of the earth. In almost any part of the world you can find these insects, which stand out for being excessively annoying, as well as carriers of microorganisms and pathogens that can affect the health of humans and the well-being of food. 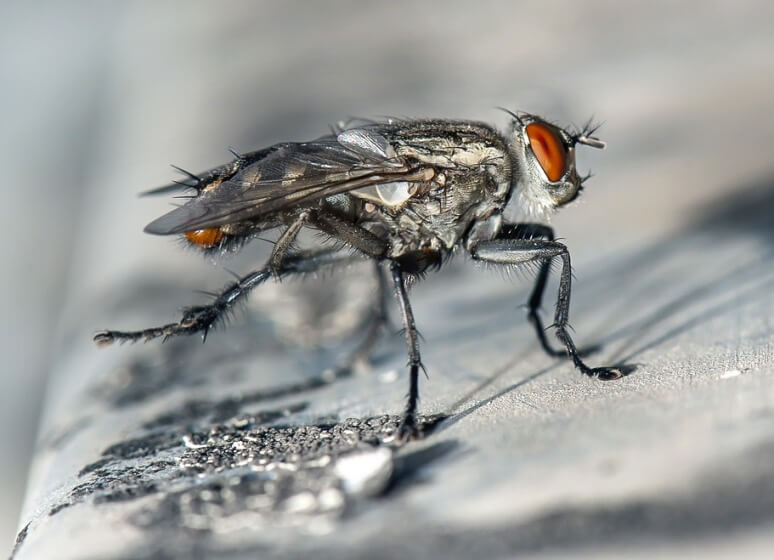 The morphology of the mouthparts of flies prevents them from biting or chewing, so to introduce food in the liquid state they use their alimentary canal in the shape of a trumpet and to eat food in the solid state, the flies regurgitate saliva to decompose it and thus suck it.

It is in this way that they contaminate food with their saliva, in addition to getting used to defecating in the same place. With their legs, which perch on all kinds of surfaces, they carry all kinds of germs, bacteria, viruses and diseases from one side to the other. The stains that remain where they are stored, as between the blinds, are also very annoying.

With the arrival of heat and summer, the presence of flies becomes very noticeable. The ideal habit for flies are places with a medium temperature and humidity, which is why they are hardly seen in winter. During cold periods they take refuge until the arrival of the highest temperatures, hence they proliferate in spring and summer.

To eliminate the presence of flies at home, on the terraces or on the outdoor porches, there are chemical products that contribute to this, but there are cheaper, effective and natural home remedies to get rid of flies.

Tricks to get rid of flies from your house

When we talk about driving away flies, chemical traps are not recommended for them, since apart from being cruel; they attract other types of insects, thus acting deliberately to eliminate them. They are also unsanitary as it will end up filling with large numbers of dead flies.

To avoid this, there are natural and homemade ways to scare the flies and enjoy a pleasant moment outdoors or at home, without the presence of this annoying insect. Some of them would be the following:

It is probably the most mythical remedy; we have all seen it at some time in the country houses or on the outdoor porches. A clear plastic bag, half full of water and hanging from the ceiling.

It seems strange that this can scare away flies, but the reason why it does it is very simple: when the sun’s rays pass through the water inside the bag, it makes a prism and breaks the light into the shape of rainbow, something hate flies. This trick is also carried out in fruit trees, so that the fly does not bite the fruits and transmit all the pathogens it carries.

This method has the same operating mechanism as CDs hung on balconies, windows, or trees. 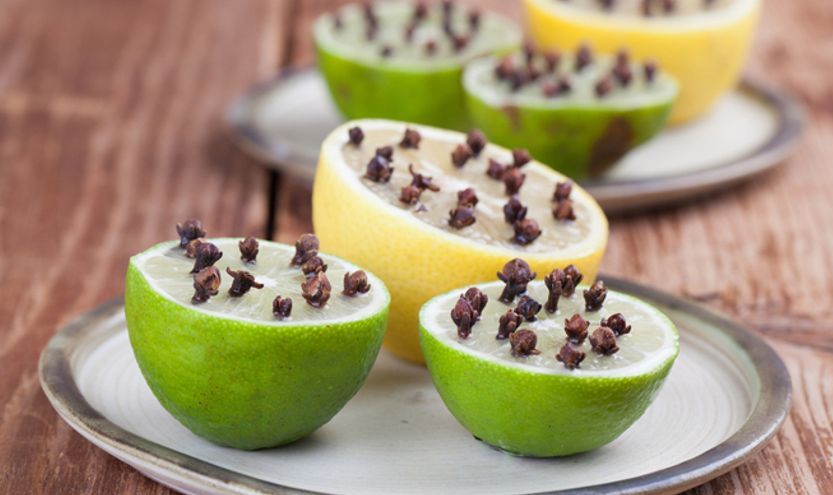 2. Garlic or lemon with cloves

This is a less known but also effective remedy. To prepare it, you only need to cut a lemon in half and prick a dozen teeth in each piece, not metallic but smelly. Once this is done, you just have to leave them on the table in the garden or wherever you want to eliminate flies to avoid their presence. Ideally, to have more impact would be to put a new lemon every day, since when it dries no longer gives off so much smell.

Because of the odor that comes out, garlic is also a useful food to scare off flies. Placing peeled garlic in the fly entry places will scare them, since the smell will be unpleasant.

3. Essences and aromatic plants, such as lavender, citronella or eucalyptus

Plants such as lavender, peppermint, citronella, basil, rosemary, lemon balm or eucalyptus, as well as aromatic oils are useful to keep flies away. Planting some of these close to home or in pots on window sills or placing natural air fresheners around the room will help reduce the presence of flies.

Apple cider vinegar is well known for its anti-fly effects. Its use is not very popular, since the smell it gives off is not very pleasant for the human nose, but, on the contrary, it is for flies.

To easily make a trap with this ingredient, it is enough to cut the top of a plastic bottle, put about three or four fingers of apple cider vinegar inside and then put the neck of the bottle down, simulating a funnel. Once prepared, you only have to place it where there are more flies and they will go directly to the vinegar. If apple cider vinegar is not available, other foods can be used, such as bananas, sweets or the remains of sugary soft drinks.

We have already mentioned vinegar before, but if it has not worked for you because the flies in your house are very persistent; here we offer you another alternative that also contains this ingredient. For this option, we need, first of all, a typical sprayer that we also use to cool off in summer in which we will mix half a liter of vinegar, ten drops of detergent, a cinnamon stick (or a tablespoon if it is powder) and a jet of water. Once done, it only remains to throw it around the different corners of our house and repeat this same action if they appear again.

This alternative can be complemented by moistening a cloth with vinegar and going over the places and nooks in the home where flies usually land, such as doors or windows.

Camphor comes from the wood of the laurel tree and can be purchased online or at any homeopathic store. Its smell is very strong but pleasant for us, and it contains antibacterial and antiviral properties. You can get it in blocks or tablets that you can place around the house, preferably under open windows, so that the aroma floats out and drives away fruit flies and gnats before they can enter.

This is another method to help ward off flies in a natural way and thus prevent them from approaching your meals. To prepare it, you must make a mixture of honey or maple syrup with cornmeal.

Place a container with a small amount in various spaces around the home to keep them free of flies. These insects will be attracted to the sweetness, but there they will be trapped. 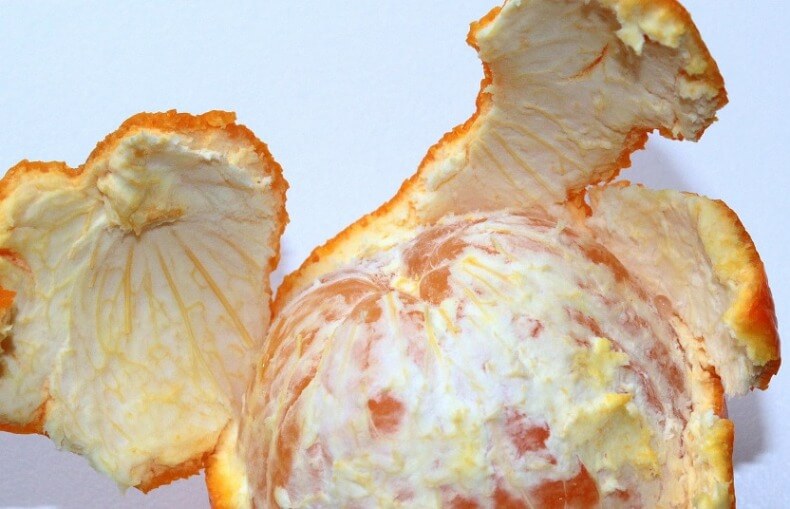 You just have to cut it – it looks prettier in a spiral shape – and places it on the furniture. It will scent the rooms of your home. Make sure to change it when it is drying, and remember that you can also put it near garbage cans to prevent them from being invaded by flies.

The smell of this alcoholic drink is supposedly very unpleasant for these insects, which will instantly make them flee. To develop it, you will only have to put a little vodka in certain parts of the body, such as the wrists and ankles, so that the flies do not come near you. 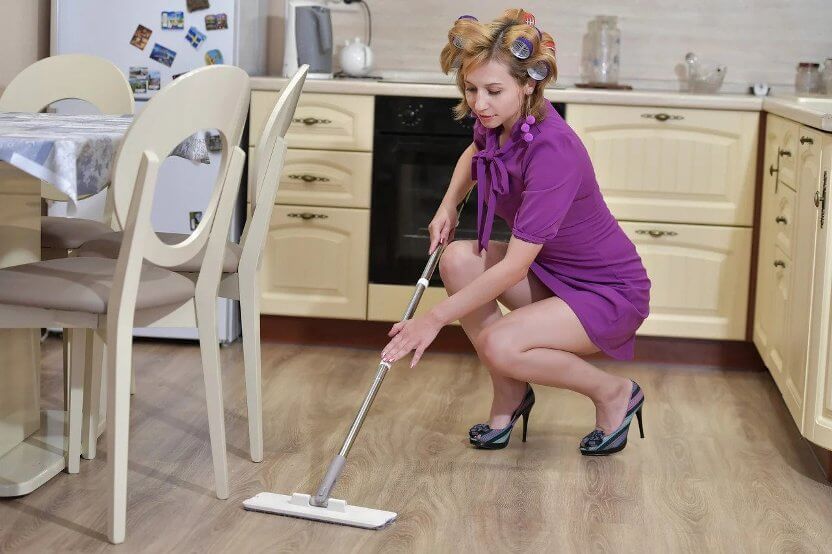 A fundamental requirement and one that complements all the others, in order not to attract flies is to maintain cleanliness. Flies are attracted to dirt and garbage, so cleaning dirt carefully and avoiding having garbage or stagnant water is essential to avoid attracting insects. Another good measure is to have the garbage can covered, so that odors and dirt do not act as a magnet for bugs.

11. Other options to kill flies

If you cannot get rid of this annoying insect with the home remedies that we have proposed, there is always the classic fly swatter or the fly glue trap, which are also valid for mosquitoes, moths and, in general, against flying insects. These two methods are very cheap but if you want to invest a little more money, there is the electric fly swatter. It also fights spiders or mosquitoes or an anti-insect lamp with two 10-watt high intensity ultraviolet bulbs, free of chemical pesticides and odors, with an ultra-flat design and, most importantly, highly effective.

Once each remedy has been explained, it is important to note that they do not have the same effectiveness as the chemical products that can be purchased. Ideally, you should combine several home remedies and always maintain cleanliness. For example, you can place a vinegar trap on the porch and an aromatic plant at the entrance of the house. 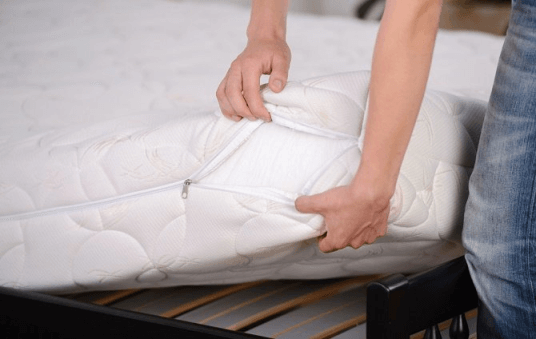 Tips for Removing Mites from the Mattress 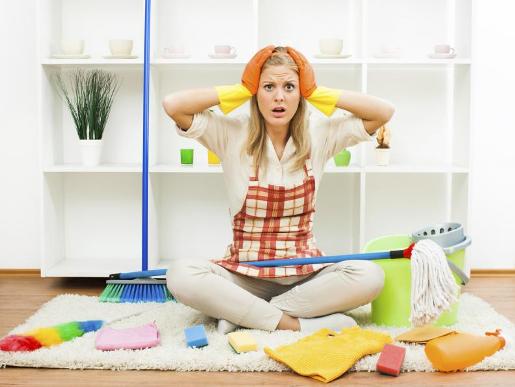 Tips to eliminate common pests from the house